Once again rummaging through the fridge, looking for some sort of inspiration for dinner, I found a little ham and cheese that was left over from making sandwiches earlier in the week and I knew I had some chicken in the freezer. So I said to myself, Let’s have stuffed chicken for dinner tonight along with some brown rice and some vegetable. So here is how I made chicken cordon bleu that night. 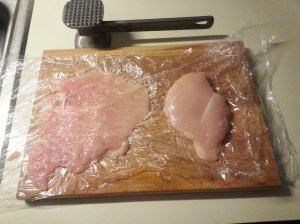 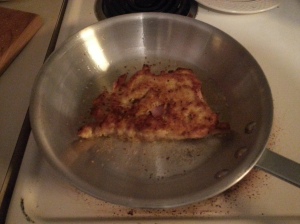 If you want, place the chicken on a pan and place it in the oven to keep warm while you make the rest of them, that is, if you have a big family or cooking for a lot of people.

Serve it up to your friends:

What’s in the kitchen?