For the money I like to cook London Broil Steaks, they are easy to cook and taste great. 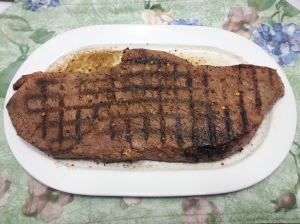 While the steak rests make the sauce.

Cut the steak slightly on an angle or bias place in the plate. 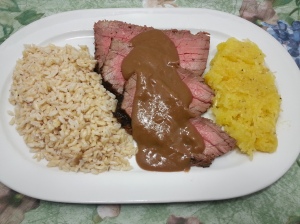 Serve with some brown rice and the spaghetti squash that you started earlier, top with the sauce and enjoy.

Serve it up to your friends:

One thought on “London Broil with Brandy Sauce”

What’s in the kitchen?